Perhaps no other amateur golfer in Kansas history has accomplished more over a longer period than Dave Dennis of Independence. Dennis won the high school state championship followed by the National Junior College Championship. As a University of Kansas player, he led his team to the Big Seven title. In 1991, he won the prestigious World Seniors Invitational in Colorado Springs. This insurance executive served on the Kansas Golf Association’s Board of Directors for nearly 25 years. Mr. Dennis passed away in March 2015 at age 88. 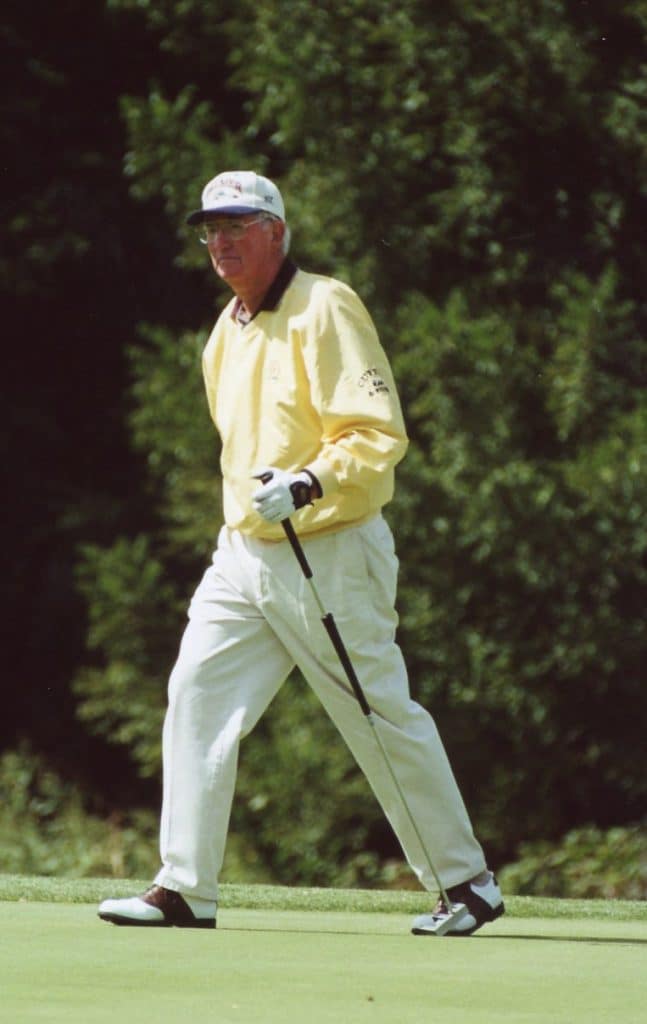