Fred Rowland enters the Hall of Fame in the Amateur Player category based on his distinguished playing career. Rowland is something of local legend, having won nine Kansas Golf Association Championships and seven Kansas City Golf Association titles. He competed nationally over his career, also, qualifying 11 times for USGA individual championships from the U.S. Junior to the U.S. Senior Amateur where, in 1996, he reached the semi-finals. Rowland enjoyed international success, as well: he won the 2003 Canadian Senior Amateur, played in the 1988 British Amateur, and qualified three times for the Senior British Amateur, finishing T-3 in 1997. He reached #2 in the Golf Digest Senior Amateur rankings in 2003 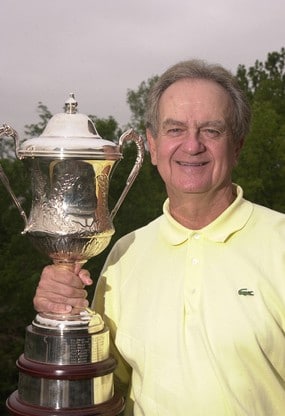