A native of Missouri, Anderson was raised on a farm in an area between the towns of St. Joseph and Savannah, where zoysiagrass was abundant. “That is when I got attached to it,” says Anderson, who, as a caddie at St. Joseph Country Club, once carried a bag for a group that included legends Ben Hogan, Jug McSpaden, and Byron Nelson who stopped by for a round of golf after having played in the Kansas City area.

Anderson served in the U.S. Marines in the Korean War and opted to enter agronomy upon his return, studying at the University of Missouri. After his education was completed, Anderson came home to St. Joseph and became an assistant superintendent at St. Joseph CC. He left in 1961 to become the superintendent at Lawrence Country Club.

Mel Anderson was very much an innovator. He began to dabble again in zoysiagrass, stripping the stolons from the zoysiagrass with the goal of making the stolons grow. His method of stolonizing zoysia was revolutionary and is still in practice today. Anderson’s enthusiasm for innovation and pride in course conditions gave him the reputation of bringing “country club conditions to public golf.”

While at Lawrence Country club, Anderson formed a friendship with Bob Billings, a Lawrence community leader, and developer and, together, they started Alvamar Golf Club (now the Jayhawk Club) Anderson convinced Billings that he could build a course “with zoysia fairways and Cohansey (bentgrass) greens. He made good on his promise when Alvamar’s first 18 holes opened. The Jayhawk and Quail Creek nines are thought to be the first 18-hole golf course in the US built with zoysia fairways.

Mel’s career at Alvamar didn’t stop there. He designed and built Alvamar’s Hidden Valley (1973) and Sunflower (1978) nines and in 1979 designed and built the Alvamar Orchards executive nine. Following his retirement from Alvamar in 1982, Mel became a sought-after golf turfgrass, design and construction expert,  consulting for numerous golf projects in the Midwest. 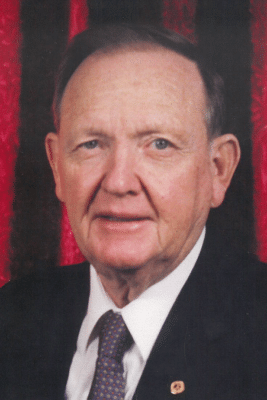