Bryan was born and raised in Salina, learning the game under the tutelage of Salina Country Club Golf Professional and Kansas Golf Hall of Fame member, Wally Beets. Bryan went on to play golf at Oral Roberts University, contributing to a team that included four All-Americans players and finished 2nd in the NCAA in 1981. Bryan was twice a 2nd Team All-American, finished 4th individually in the 1980 NCAA Championship, and won his first Kansas Amateur Championship in 1980.

After college, Bryan played professionally for 10 years: five on the PGA European Tour, one year on the PGA Tour, one year on the Ben Hogan Tour (now the Nationwide Tour), and won the Kansas Open in 1984. In his final year playing as a professional, Bryan won the 1992 Oklahoma Open. After retiring from professional golf, Bryan settled in Kansas City, where he now works for Lockton Companies. A reinstated amateur, Bryan has continued to compete. He won the Kansas Amateur Championship twice more (2002 and 2014) and has qualified for Match Play in every Kansas Amateur Championship since 1977. In 2003 Bryan was runner-up in the US Mid-Amateur and earned stroke-play medalist honors at the British Mid-Amateur. He led the Kansas team that won the USGA Men’s State Team Championship in 2010 and won the Kansas Senior Amateur Championship in 2010, 2011, and 2018. He was named to the US teams for the 2016 Concession Cup and most recently, he was named on the 2020 East-West Cup.

Bryan currently resides in Overland Park, serves as the Kansas Golf Foundation President, and has served as a Trustee since 2008. He enters the Kansas Golf Hall of Fame in the category of Amateur. 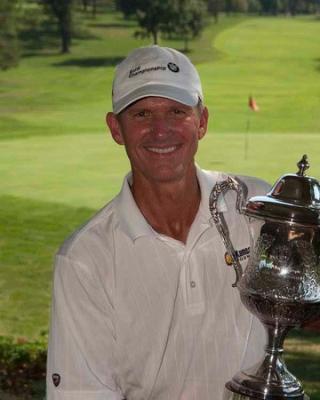