From the early 1950s to the mid-1960s, Crawford was a dominant force on the amateur golf scene. Seven times in that period she finished in the top four of the Kansas Women’s Golf Association state championship. She was a member of three USGA Curtis Cup teams (’62, ’66 & ’68). Perhaps the highlight of her career came in 1965 when she defeated Anne Quast 5&4 to win the U.S. Women’s Amateur. Crawford was also a two-time runner-up in the Women’s Amateur. She has served as a non-playing captain of the Curtis Cup team as well as on the USGA Women’s Committee. Crawford received her bachelor of science degree from the University of Kansas in 1960 and retired from IBM at the end of 1993. She currently is a teaching professional at The Boulders in Carefree, Arizona, and resides in Scottsdale. 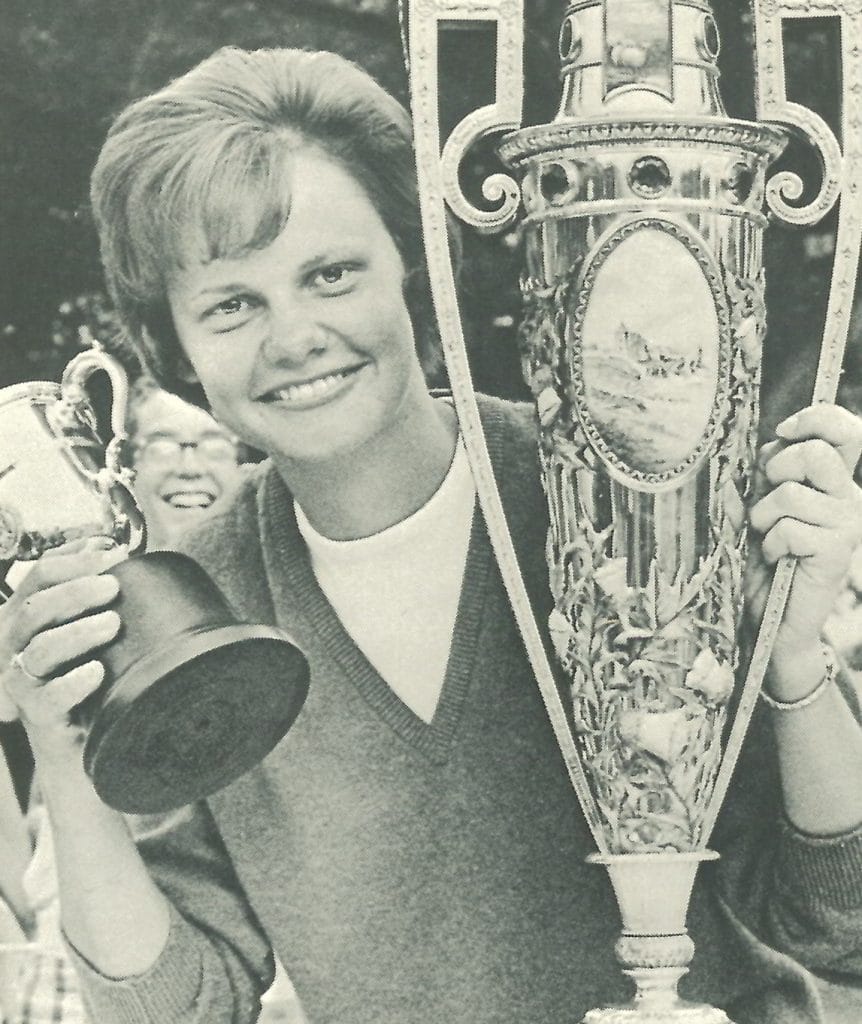