Mal Elliott was born in Chickasha, Oklahoma in 1929. After graduating from the University of Oklahoma he began working for newspapers throughout Oklahoma and Texas. Mal moved his family to Wichita, in June of 1974 where he began working as the Wichita Eagle’s, Executive Sports Editor. Mal has covered golf events for over 56 years on the local and national levels. He has written four books: Perry Maxwell’s Prairie Dunes, 100 Years of Kansas Golf, Rolling Hills, The First 50 Years, and Wichita Country Club Centennial Edition. 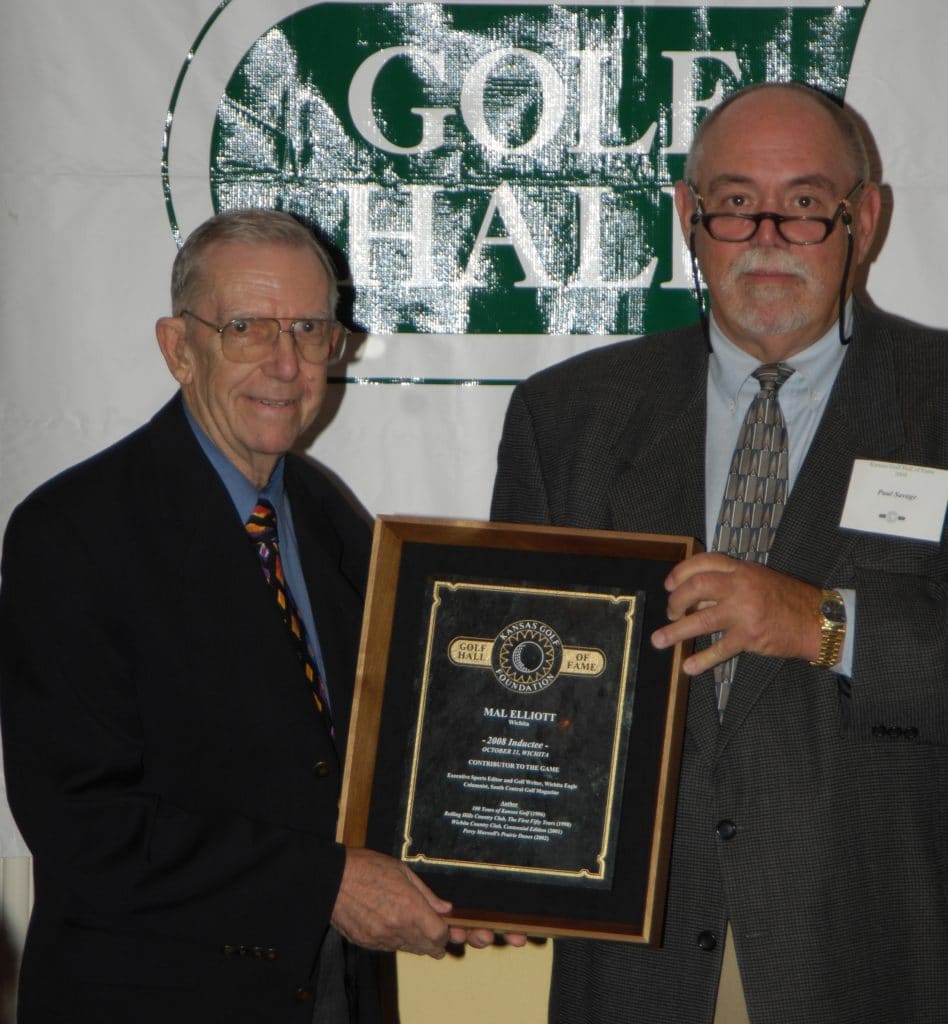