Ross Randall was the University of Kansas men’s golf coach from 1980 to 2007 and doubled as the women’s coach from 1981-1984. A three-time Big 8/Big 12 Coach of the Year, Randall coached five All American and 27 all-conference players. The Jayhawks won the Big 12 Conference Championship in 1999, and Randall was named Captain of the United States Palmer Cup in 2000. His teams have included players who collectively won 15 Kansas Amateur titles and two who became PGA Tour winners. Randall will enter the Hall of Fame in the category of Coach 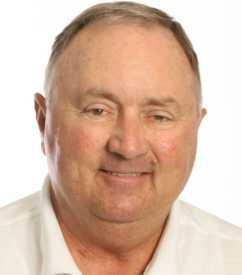