Tom Devlin has devoted his time, effort, and money to promote golfing excellence in Kansas. He is the developer of the highly-regarded Flint Hills National Golf Club and was instrumental in bringing national championships to Kansas, including the U.S. Senior Amateur (2007), U.S. Women’s Amateur (2001), and the Trans-Mississippi Championship (2003, 2009).

Devlin is chairman and chief executive officer of Devlin Enterprises, a diversified investment holding company based in Wichita. He founded Rent-A-Center, Inc. in 1972, and developed it into the nation’s largest rent-to-own chain. Under his leadership, the company was taken public in 1983 and subsequently sold in 1987. Devlin, who attended Wichita State University, has affiliations with several leading golf clubs and is a partner in Pebble Beach Golf Links, Monterey, CA. Tom was also a founding partner of the Rock Creek Cattle Company in Deer Lodge, Montana, which was voted 2012’s #1 best residential private golf club in the U.S. 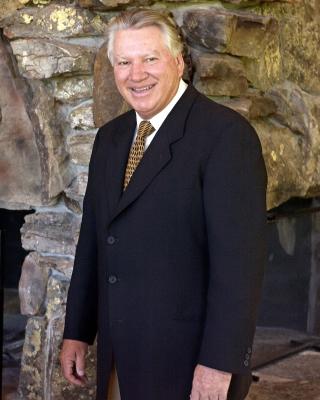