When it came to career moves, Wally Beets saved his best for last. When Beets arrived at Salina Country Club in 1955, he was looking for a place that he, his wife Joy, and their two young sons could call home for some time.

The Kansas Golf Foundation’s selection of Beets for induction into the Kansas Golf Hall of Fame this year is an honor well deserved, according to the people that know Beets best. It is not an honor, however, that Beets could foresee coming his way when he got his start in the sport as a caddie at age 14. Beets spent more than 40 years working as an assistant or head golf professional at courses around Kansas, including the final 33 at Salina Country Club before retiring in 1988. He got his first taste for the sport he would grow to love back in the mid-1930s, carrying clubs at the former Meadowlark Golf Course in Wichita and earning 75 cents a round, considered good money for a young man during The Depression-era. “It was hard to find jobs and was a fun way to make some money,” Beets said. “I kind of liked it and noticed that the pro there got to dress pretty nice, so I thought this might be a good way to make a living.”

After graduating from Wichita East High School in 1942, Beets spent three years in the U.S. Air Force and was stationed in Italy during World War II. After leaving the service, he returned to the golf course, taking positions at Meadowlark and later Wichita Country Club, where he worked under head pro-Mike Murra, another Kansas Hall of Fame member. Beets had actually applied for the club pro job in Salina in 1953, but the position at that time was filled by Ted Gwyn. When Gwyn left two years later, Beets had two years of experience as head pro at Manhattan Country Club to his credit and came with some fairly glowing recommendations. “We didn’t know Wally all that well when he applied here,” said Howard Engleman, president of the SCC board when Beets was hired. “He came from Manhattan at the time and everybody, including the college president (K-State’s James McCain), gave him a high recommendation. I remember we didn’t have a whole lot of applicants, but after the interview and playing golf with Wally, we were very impressed with his personality and his golfing abilities.” Among Beets’ accomplishments in his SCC tenure was helping establish the men’s City Medal and City Four-Ball tournaments. To this day, those tournaments remain among the top golf events open to Saline County individuals. At the time Salina was home to only two courses – Beets’ own SCC course and the Elks Country Club – with the Salina Municipal course built-in 1970. Wally felt it important to promote golf, not only to Salina Country Club members but to any men or women who might have an interest in the sport. “If you are going to be any good at all as a club pro, you’ve got to help promote golf, not only in the city but the whole state and nationally if you can,” Beets said.

One of Wally’s early pupils was former Salinan Bryan Norton, considered to be one of the best golfers to ever come out of north-central Kansas. Norton, whose career included stops on both the PGA and European tours, regained his Amateur status in 1998 and recently won his second Kansas Amateur title at Tallgrass Country Club. While Norton has fond memories of growing up and learning the game of golf at Salina Country Club, Beets recalls the days when Norton “was a little kid barely big enough to drag his golf bag around,” and would try to sneak on the course on Saturday afternoons when children were not allowed to play without permission from the club pro. “What I remember about Wally is his character,” Norton said. “He was very enthusiastic and the consummate club professional. He was a pretty good player, got along with everybody and as a kid, I respected him. He was one of those larger-than-life guys that made golf fun, and as a kid, that’s what gets you out there playing.”

Much like Beets, Randy Syring’s career choice was based in large part on the respect he developed for the club pro at SCC. Syring started working for Beets on a part-time basis in the early 1970s and continued through his high school days at Salina South and later Marymount College. Beets helped develop not only Syring’s golf game but the skills that would eventually make him a well-respected club pro himself. When Beets retired in 1988, Syring was named as his replacement and has held the position ever since.

Nearly everyone agrees that Wally had many talents as a club professional, some of which had nothing to do with his ability to strike a golf ball or sink a putt. Beets still feels one of the most important aspects of his job was to make sure everyone was happy, and that was something Syring picked up early in his career as well. “As a club pro, if you have a membership of 700, you have 700 bosses,” Beets said. “The main idea is to take care of everybody. Members come out to the club for some relaxation, and part of my job was to make sure they were happy and enjoyed themselves when they came here.”

“I think one of his greatest strengths as a golf professional was his rapport with the members,” Syring said. “He taught me a lot about how to get along with every personality. I couldn’t have had a better mentor and teacher than Wally.”

Upon his retirement as a club professional in 1988, a large party was held in his honor and friends put together an all-expenses-paid trip for Wally and Joy to England that summer, where the couple attended the British Open at Royal Lytham and St. Annes Golf Club north of Liverpool. That was just one indication that retirement would not keep Beets away from the sport he loved. He still works at SCC on a part-time basis, helping keep the club’s golf cart fleet in shape. He plays golf two or three times a week and occasionally helps his son Rick, manager of The Golf Shop in Salina. “I wanted him to be around after he retired,” Syring said. “Somebody who has been at the club that long and is that good at what he does is great for consultation. I’d bounce things off of him and would ask for his advice periodically and I still do.”

“I’m just trying to keep my finger in golf and trying to stay out of their hair,” Beets said with a smile. The Wally Beets Invitational, held each summer at the SCC course, is another testament to the respect the people of Salina hold for the longtime club pro.Beets acknowledges his selection to the Kansas Golf Hall of Fame is certainly one of the highlights of his golf career, and having friends and family with him at the induction ceremonies at SCC will make it even more special. Beets asked Syring, his good friend and the man who nominated him for the award, to present him at the induction ceremonies.

“It really is a heck of an honor to be inducted into the Kansas Golf Hall of Fame,” Beets said. “It’s like professional athletes being named to the National Football or National Baseball Hall of Fame. There are just not that many people that have received the honor and it really means quite a bit.” “As I went through the nomination process and started going through the material, I became much more aware of how deserving he was of this honor,” Syring said. “It’s hard to put an entire career like that in perspective until you look through the material and see everything he was involved in. It is really the perfect culmination of Wally’s career in golf.” 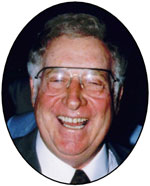