Richard is one of only three women golfers from Kansas to have won a USGA national championship. With her 1984 victory, she followed in the steps of Miriam Burns Horn (1927) and 1992 Kansas Golf Hall of Fame member Jean Ashley (1965). The same year she won the Women’s Amateur title, she was also the low individual in the World Cup Championships in Hong Kong. Deb’s success continued in college and on the LPGA Tour. At the University of Florida, she won seven tournaments, including three consecutive SEC Championships, and was an All-American from 1983-1985. She was runner-up in the NCAA Championship in 1985 and that year also received the Broderick Award, given to the nation’s top female collegiate golfer. When Deb joined the LPGA Tour in 1986, she quickly became a million-dollar winner, eventually winning five times and finishing in the top ten in dozens of other events. She retired from the Tour in 2005. Deb is currently president of the Soaring with Eagles Foundation in Ponte Vedra Beach, FL, and was a recipient of the 2010 NCAA Silver Anniversary Award. 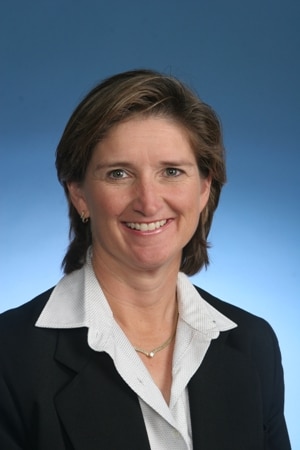