One of the most recognizable names in PGA golf today, Colbert’s 17-year career on the PGA Tour began in 1966. He won eight times on the PGA Tour, most notably the 1980 Tucson Open. He made nine trips to the U.S. Open from 1971 to ’84. Now on the Senior PGA Tour, Colbert has made the field in the U.S. Senior Open five times since he joined in 1991. His second-place 1992 finish remains the best. Closing in on six million dollars in senior earnings, only two golfers (Lee Trevino and Bob Charles) have earned more. Colbert has won 16 senior events including the 1995 leading money winner ($1,444,386). He has generated over $200,000 for the Kansas State men’s golf team since the beginning of his annual charity golf tournament. Jim Colbert was the main push behind the development of the new golf course for Kansas State University and Manhattan, Kansas (Colbert Hills,) which opened in May 2000. 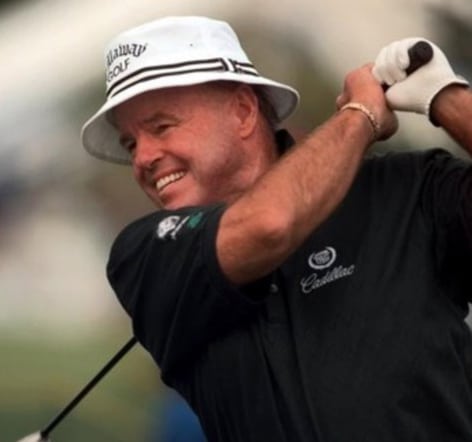